Advisers in the crosshairs of PC report on super

With the holidays just a sun-drenched memory, it’s time to get back behind the desk and grapple with all of December and January’s regulatory activity. wealthdigital has been on duty over the break and we’ll help you get back in the swing of things with a back-to-work series of Industry Insights articles. First cab off the rank is the Productivity Commission’s final report on efficiency and competition in the superannuation industry.

After issuing a draft report last May, the final report was provided to government in December 2018, and released publicly on January 10, 2019.

The report makes 31 recommendations. Some of these recommendations will dramatically shape the nature of financial advice. Others are of greater concern to product providers and the regulators themselves.

The key recommendations for advisers are:

Below is analysis of some of the more impactful recommendations for advisers.

As it stands, an employer’s default superannuation product for new employees is one chosen by the employer either from the full list of those with MySuper accreditation, or from a shortlist outlined in an award or bargaining agreement. The range of options available to the employer depend on the employee’s employment arrangement.

The Productivity Commission’s report favours a model whereby default funds are not chosen by the employer, rather the employee chooses with assistance from an independent expert panel. What’s more, the default arrangement only applies when the employee first needs to choose a fund. When they then change employers, if they do not opt to use a different fund, their previous fund must be contributed to by the new employer.

Employees, employers and the government would all interact with this new system of superannuation choice through a centralised, ATO-hub. This hub and process is recommended to be in place no later than December 2021.

Driving this recommendation is the observation that employers are, in most cases, not superannuation experts. There aren’t compelling reasons for such a significant decision to be in the hands of a party that suffers no personal consequences should they choose a poor default fund. Furthermore, there aren’t significant incentives for employers to spend time researching default funds.

Previous rules and regulations have tried to make choosing a default fund relatively foolproof. Whether you agree with their underlying obligations, the MySuper reforms, policy committees and even the drafting of awards have all attempted to make the process of choosing a super fund for employees less risky.

What’s more, there is little reason to have multiple defaults funds applied to an individual if their current fund can be tracked by their employer. Provided the ATO has the funding and resources to implement it effectively, a centralised online database telling employers where their employees’ super should be paid would, presumably, be a welcome change.

The major issue seems to be finding a process by which “good” default super funds can be identified.

The “best in show”

Under the Productivity Commission’s model, when an employee with no existing super fund commences their first super-supported employment arrangement, they will be directed to the ATO-hub (likely through mygov) where they will be able to choose a default fund. Their chosen fund can be any complying super fund but, for those who don’t have a specific fund in mind, a list of 10 “best in show” funds will be provided from which they can choose. If no choice is made, the employee is put into one of up to 10 of the “best in show” funds on a rotating basis.

The report recommends that this “best in show” default process be implemented no later than June 2021.

The process of choosing the “best in show” funds would be repeated every four years. The panel itself would be reviewed and new appointments made over the same time frame.

Once a “best in show” list is established, the argument for switching funds will be that much harder to prosecute. Advisers will be exposing themselves to considerable risk of being seen, in hindsight, to have provided poor advice if they recommend a client switch to a fund not on the list chosen by the “independent expert panel”. This will be the case whether the recommendation is to join another retail fund, or to commence a Self-Managed Super Fund (SMSF).

Exacerbating this issue will be the likely whittling down of available superannuation fund options. A fund not on the “best in show” list will likely see their inflows all but cease, costing them the economies of scale that come with a large member-base. The report identifies that competition needs to be maintained throughout the selection process, however the very process itself is antithetical to the promotion of competition.

Under the Productivity Commission’s model, the panel would be reconstituted every 4 years with no more than half the panel being re-appointed. Panel members should be limited to 2 terms.

Members of the panel should collectively possess:

The report strongly identifies the need for political independence. Panel members would be chosen by a further selection committee comprising:

The selection committee’s recommended panellists would then need be appointed by the speaker of the house and president of the senate with the approval of the joint committee of public accounts and audit.

The recommended method by which the “independent expert panel” should be elected has changed since the draft report was issued in May. The simple truth is that there is no bullet-proof way to nominate the panel, and hence no bullet-proof way to create the “best in show” list. As this summer’s cricket has shown, selection is a contentious business.

That said, it is likely that such a panel would be superior to the existing mechanism whereby employers choose default super funds.

The report recommends annual testing for all MySuper and APRA-regulated choice super options against an “outcomes test”. This outcomes test would comprise two elements:

In addition to annual testing, a tri-annual independent assessment to “audit-level” would need to be undertaken. Failure to meet the outcomes test could see a MySuper fund lose its place in the “best in show” list and could see choice super options no longer allowed to remain in the marketplace.

This full testing program is recommended to be in place by 2022.

The report recommends that each MySuper fund and choice option’s 8-year rolling investment returns be compared to that of a chosen benchmark. If the option or fund falls below the benchmark by 0.5 percentage points a year, no new members can choose that option and a 12-month period of remediation would be allowed. If inadequate improvement in performance is shown after the 12-month remediation period, the option or fund will be required to close and roll existing members into another fund or option.

Active investing in super under threat

The compulsory benchmarking of both MySuper and choice investment options against indices would effectively see the end of active investment in retail super. The risk a fund would absorb in trying to outperform an index would be far too great, as the downside risk would be banishment from the marketplace. This would mean an adviser who wants to recommend a client invest actively in super would have to use an SMSF to do so.

It is worth noting that, in the report, the Productivity Commission states that:

Because super funds are legally obliged to act in members’ best interests, the fees they charge should not exceed cost recovery levels.

This is an admirable statement when considering member outcomes. It is, however, fair to ask that – if there is no profit to be made, and the investment options are supposed to be low-cost and effectively track indices, why would the private sector be used to provide this service at all? While this isn’t an original idea, if you want a completely unconflicted provider of superannuation, the most appropriate option would seem to be a universal fund run by a government agency.

Existing legislation is before parliament that would see super accounts of less than $6,000, which have been inactive for at least 13 months, auto-consolidated by the ATO. This legislation is promoted by the Productivity Commission’s report.

Extend the draft “design and distribution obligations” to SMSF implementation

The government has consulted on a set of design and distribution obligations for financial product providers. These obligations include:

The Productivity Commission’s report would extend these obligations to the establishment of SMSFs. The report specifically recommends advisers be able to justify why an SMSF is recommended with below $500,000.

Effectively, this recommendation would impose some onerous requirements on advisers who recommend SMSFs, as well as doubling up on existing obligations. The benefit of requiring all SMSF advisers to create and maintain a target market determination seems to be minimal when compared to the additional cost it imposes on those advisers. It could be viewed as red tape for red tape’s sake. Furthermore, advisers are already required to be able to justify any recommendation made to a retail client, including establishing a SMSF with less than $500,000.

It would be easy for advisers to dismiss the Productivity Commission’s report as a concern for super funds alone. To do so would be to miss the significant impact a number of the recommended changes would have on the advice industry. The recommendation to ban all trailing commissions from super funds is an expected headline, but there is more to the report than one issue. The report paints a bland picture of the superannuation marketplace from which advisers would be able to recommend options for clients.

As all sides of politics gear-up for an election, it will be crucial to keep an eye on which parties absorb the report’s recommendations into their platforms. 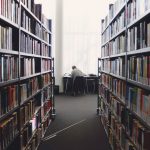