The Australian Securities and Investments Commission (ASIC) has released research it commissioned into public perceptions of the financial planning industry. The research was conducted as the Hayne Royal Commission was underway, yet there are findings that should be welcome news for the industry.

This month’s Industry Insights takes a careful look at the findings of the research commissioned by ASIC and what they mean for financial planners.

ASIC did not conduct the research itself, rather it engaged Victorian market research firm, Whereto, to do so on ASIC’s behalf. The research included a small number of participants (less than 40) providing detailed, interview-based feedback and a very large cohort (over 2500) completing an online survey.

It would be informative to see the full breadth of the interview-based responses as well as the respondent demographics. Unfortunately, ASIC’s report  on the research instead focuses mainly on findings from the online survey, with some qualitative comments added. That said, by engaging such a large number of online respondents, Whereto has ensured the findings can be taken to be fairly representative of the greater Australian public’s opinions.

While not free of its own biases, the ASIC survey does offer a more even-handed view of the industry than those commissioned by for-profit organisations or peak bodies.

The good news in a nutshell:

Many of ASIC’s previous reports have shown planners in a negative light, particularly when assessing the client outcomes of advice provided or whether the advice met the best interests duty. The good news from this research is that it seems consumers don’t believe they receive poor advice – in fact, 89 per cent of those who have received advice previously intend to seek it again.

The percentage of overall respondents who intended to seek advice in the future was also surprisingly high. At over 40 per cent, this proportion far outstrips the volume of respondents who had previously received advice (27 per cent) and shows that the appetite for advice amongst the general public remains strong.

A recurring theme in the research is that consumers believe planners do hold expertise and knowledge not possessed by the consumers themselves. Almost 80 per cent of respondents agreed with that sentiment, which shows a high regard for the knowledge planners hold. Respondents also linked the term “professional” with the advice industry quite strongly.

The research shows that consumers value an adviser’s experience over their cost, qualifications and breadth of products offered. That said, all these factors were in the top 10 considered when choosing a financial planner. Interpersonal skills, such as taking the time to get to know the client and conversing in an easy-to-understand manner were also top priorities.

There is plenty of good news to be taken from this research. That said, there are more than a few warning signs as well.

The bad news in a nutshell

While a large number of respondents stated that they intended to seek advice in the future, only a small percentage had in the previous 12 months. Only 16 per cent of respondents had sought advice in the preceding 12 months while 23 per cent had sought advice on the internet. This is a concerning statistic for planners (and for the consumers themselves – who knows what advice they found) however it reveals an opportunity. The market clearly exists for those businesses able to provide online solutions to some financial questions.

49 per cent of respondents agreed with the statement that financial advisers were more interested in making themselves rich than their customers. While it is unlikely that many of this 49 per cent had sought advice, it is illustrative of the poor reputation the advice industry has developed over recent years. This concerning trend is further highlighted by the relatively small number of respondents who agreed that using an adviser leads to good financial outcomes.

The online respondents were also asked to rank their confidence and trust in advisers on a scale. The end results showed the average responses were right about the middle. While not a horrendous outcome, it further emphasises the mixed public perception of advisers.

Cost has long been a significant barrier to a greater proportion of Australians seeking advice. ASIC’s report echoes this as almost two thirds of the online respondents believed advice is too expensive. Cost was also identified as the most prominent barrier to seeking advice. It is unlikely this is an issue that will ever be completely solved by the industry; however it does highlight the need to create (and for regulation to facilitate) lower cost advice options.

The results of the research also provide further insights as to opportunities available to advisers and advice firms.

The informative news in a nutshell:

The top issue on which respondents would like advice was shown to be investment choice – and by some distance too. This is of itself an interesting finding, and one that would be worth comparing to advisers’ own perceptions of their most valuable services. It was, however, the fourth most sought after advice topic that should be the most informative – budgeting and cashflow.

In the white paper wealthdigital published in March, product agnostic services, particularly cashflow planning, was identified as a major advice opportunity for planners. This was followed by an article in May on how to integrate this service into an advice offering. ASIC’s research shows that the market for such a service exists – it is up to advisers to ensure they are the ones that help these consumers meet this need.

It is worth noting that another important planning service identified in the white paper, aged care, also ranked higher than life insurance, switching super and estate planning on respondents’ hierarchy of advice needs. There are a lot of advice specialities being promoted currently and the need for good aged care advice isn’t one for the future, ASIC’s research highlights it as a need for now.

The other major piece of instructive information in ASIC’s research is what consumers look for in an adviser and an advice firm. Respondents identified a firm’s reputation, size and focus on advice as key characteristics. This should give the many advisers in the process of moving from a large institution to smaller licensees pause for thought. While not keen on firms that have a main focus somewhere other than financial planning, consumers do seek some size as an assurance of security.

Much has already been reported in the press, but short articles do not really do the full ASIC report justice. The report provides lessons beyond the headline issues, and it is worth any interested adviser or industry-member taking the time to read the report and think about the broader implications for their future. 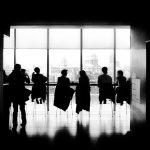