Beyond the headlines – 6 Royal Commission issues the mainstream media missed

The Royal Commission into Misconduct in the Banking, Superannuation and Financial Services Industry has created plenty of column inches over its first four weeks. Many of the issues covered have been highlighted in the press – fees for no service, vertical integration of the big institutions and disciplinary processes for planners.

There have been a number of topics raised, however, that are equally important to planners, but have failed to make the headlines due to the complexity of the issues concerned. This Industry Insights unpacks some of these important issues that could well form part of the Royal Commission’s findings.

As representatives of each of the five largest licensee groups were questioned by counsel assisting the Royal Commission, one theme became clear – something should be done about commissions. The questions asked by the counsel assisting, as well as the answers provided by the executives, were not just concerned with commissions applied illegally, they focused on insurance and grandfathered commission structures.

One of the key problems with the commission revenue structure highlighted by these exchanges was that clients have no assurance of service in exchange for these commissions. Even when they are legal, they do not seem client-centric.

The final findings of the Royal Commission will provide greater enlightenment but it is worth noting that counsel assisting directly questioned whether grandfathered commissions should cease. It is hard to see such payments avoiding further scrutiny and regulation.

Through the testimony of one well known, non-aligned planner, the Royal Commission established that their firm offered white-labelled investment services, both discretionary and non-discretionary. The focus of the questioning was largely on the firm’s Managed Discretionary Account (MDA), for which they charged clients ongoing volume-based advice fees, as well as transactional fees.

It was established that 60 to 70 per cent of the firm’s clients, and 84 per cent of their clients’ funds under advice, were invested through this managed account. The distinction was made by the planner that an MDA is more of a service than a product, however the counsel assisting the Royal Commission made it clear that a lack of stated alternative investment services in their firm’s Statements of Advice was concerning.

This interaction pointed to what may be a somewhat uncomfortable question for non-institutional planning firms – is using a white-labelled product, or service where most investment management fees are paid to the planning firm, any less vertically integrated than many institutional models? This firm recommended clients use their MDA, then charged clients 1.1 to 1.8 per cent per annum to manage their investments. How far removed is this model from a bank planner recommending a client use the bank’s wrap, platform or managed funds to manage their investments?

Counsel assisting the Royal Commission ultimately raised the question of whether financial planners should be required to be entirely separate from entities who provide financial products, including those that are white-labelled. In this question, no distinction was made between large institutions and smaller businesses.

It wasn’t just integrated investment services that caught the Royal Commission’s eye. The responsible manager of another non-aligned planning firm was questioned extensively about the appropriateness of their in-house SoA vetting.

The first line of questioning taken was around the efficacy of a process where the same offshore compliance team also operated as the paraplanning team. The counsel assisting the Royal Commission questioned whether the team that produced advice documents were well placed to also vet those same documents.

The second line of questioning was around the firm’s third line of review – a review by a solicitor. Over time the reviewer changed, from the responsible manager himself to a firm of solicitors stated to be independent. It also became discretionary – only applied to those advice documents self-identified by the planner as complex.

The Royal Commission’s concerns with this process were twofold:

The upshot of all these lines of questioning was that compliance processes are important. The process of producing advice and reviewing advice should be done by separate people or teams. Furthermore, the quest to prevent non-compliant advice reaching clients should not result in non-financial or inappropriate models. The cost of having each advice document reviewed before it is given to a client is likely to make either the advice too expensive, or the review process too brief. Solutions to this problem may involve the smart use of technology.

ASIC had issued a warning about falsifying witness signatures on superannuation forms in January, and counsel assisting the Royal Commission took up that theme. The Chief Customer Officer of one bank faced extended questioning around a culture of staff signing forms as witnesses when they were not there to see the original signature.

Fraud of this nature may have been seen as largely victimless and simply a way to expedite the execution of the client’s wishes. The tone of the Royal Commission brought this view into question, highlighting that, should the fund later discover that the document was incorrectly witnessed, the form may be invalid and the client deprived of certainty. The take away was that inconveniencing the client in the short term to complete paperwork properly is far better than committing what could potentially be an illegal act.

The Royal Commission also uncovered evidence that staff at one of the non-aligned firms impersonated a client to obtain information about that client’s superannuation fund. It appeared another incidence of ethical corners being cut in order to make the client’s experience of the financial planner’s service as smooth as possible. Much like the bank’s false witnesses, it brought to the fore a reflection that should be at the core of professional conduct – how would this action look if it were revealed in public?

Nothing is behind closed doors

A more universal theme to emerged from the Royal Commission’s proceedings was that you should be careful what you say, and to whom – you never know when it might be brought up in public.

Emails from one planner revealed he had called his client “nit-picking”, “aggressive” and disdainful. He followed these characterisations with a request to keep these opinions between the email recipient and himself. Needless to say, that request ended up out of the recipient’s hands.

The counsel assisting the Royal Commission didn’t miss the chance for a good “gotcha” moment either. Documents were presented to the Royal Commission that showed a witness criticising the Financial Ombudsman Service, in an email to that body, for relying on the judgement of lawyers. He claimed they lacked the expertise to judge the quality of the financial advice provided to clients. In response, counsel assisting was quick to point out that the witness’ firm claims superior compliance outcomes, largely due to having all advice reviewed by a lawyer. It didn’t look a consistent position.

A long way to go

The Royal Commission is far from done, with more hearings to be undertaken and plenty of deliberation before final findings are released. There is some conjecture that these processes may extend beyond the next federal election. Even so, the hearings into the financial services industry have given planners plenty to consider in what is already a rapidly changing environment. 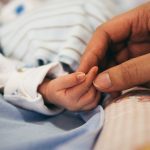