Housing affordability continues to sit atop the list of hard-to-solve political issues in Australia. In late October, the government gave the first insight into the mechanics of the First Home Loan Deposit Scheme (FHLDS), its latest attempt to ease the struggle many young Australians face when looking to buy their first home.

Last month, Treasury released an exposure draft of the investment mandate that would govern the FHLDS.  On November 11, 2019, the finalised investment mandate was registered. With this in mind, we provided an analysis of the rules governing the FHLDS for wealthdigital subscribers in November’s Technical Journal. In this edition of Industry Insights we will focus on the historical context of the FHLDS, as well as some of the potential issues with, and opportunities presented by, the scheme.

There have been many attempts to tackle the issue of housing affordability at both the state and federal government levels. States and territories have long used stamp duty concessions to help first home buyers get into the market, however the size of the concessions and the property value limits have varied.

Federally, the First Home Savers Account (FHSA) program was introduced in 2008 however it proved ineffective, with all FHSAs being abolished in 2015. In 2017, the First Home Super Saver (FHSS) scheme was introduced and withdrawals have been available since July 1, 2018. It is too early to assess the success of the scheme, however the fact it uses an existing tax structure (super) means the funds are likely to remain in the system for the foreseeable future.

All these initiatives have focused on providing first home buyers with more funds, or reduced costs. As such, they have all suffered the same criticism – they inject more money into the lower end of the market, inflating prices in that sector.

By contrast, the FHLDS helps first home buyers by reducing the size of deposit they require. If this brings more buyers into the market it is likely to still drive up prices by increasing demand – however this time there will be no extra cash in the buyers’ pocket.

The FHLDS issues and opportunities

The major criticism of the FHLDS is that it will encourage first home buyers to take out larger loans that will be harder to service. A 95 per cent loan on a $500,000 property is $75,000 greater than an 80 per cent loan. Such issues have been covered elsewhere, so we will focus on the more strategic issues and opportunities that may arise with the scheme.

The application process is not yet clear

At this point, it is not entirely clear how the application process will work. The investment mandate has indicated that offers of FHLDS assistance can be issued before the purchase of the property, or even the approval of the loan. It must be assumed that conditional approval will be able to be provided during the loan pre-approval process, but will be dependent on the property not breaching the value cap.

As the value cap relates to the property’s value as determined by the lender, rather than the market value, it will make for an interesting process for those buyers looking to push up against the cap. Buyers will need to be more diligent about requesting a valuation from the lender on any property before making an offer, or participating in an auction. If they don’t, they risk inadvertently breaching the cap and ruling themselves out of the FHLDS – potentially scuppering their borrowing arrangement and costing them their deposit.

While on the subject of value, it is worth examining what a gap between the lender’s value and the market value will mean. In most cases it is likely that a gap will result because the lender values the property less than the market does (hence a more conservative lending approach).

That said, a lower lender value may help the borrower in situations where they are looking to buy close to the value cap for their area. Paying $720,000 for a first home in Sydney won’t necessarily preclude the buyer from the FHLDS if the lender values the property as at the level of the cap or less ($700,000 in 2020). To benefit from this the buyer will need to have a deposit well above 5 per cent to ensure they can still fit within the lender’s maximum (LVR).

Frances is looking to buy her first home and has been approved for the FHLDS. Her bank allows a maximum LVR of 95 per cent on FHLDS loans.

Frances finds a home she likes in Sydney that has an asking price of $720,000. That said, Frances’ lender values the property at $695,000, so she will not go over the FHLDS value cap for Sydney.

If Frances has saved a deposit of $50,000 (after stamp duty and costs), she might find herself in some trouble. Despite the deposit being over 6 per cent of the property’s purchase price,  she will require a loan of $670,000. This represents a Loan ($670,000) to Valuation ($695,000) ratio of over 96 per cent. This breaches Frances’ lender’s maximum LVR and will mean she can’t get finance for the property, even though the property’s price is below the FHLDS value cap.

The income test applies to the borrower(s) taxable income(s) in the financial year before the loan agreement is entered into.

This may not seem problematic, however tax returns do not need to be submitted until the end of the October following the financial year (often much later if through an agent). If the first home buyer is looking to apply for the FHLDS before they have entered their tax return, how will taxable income be determined?

Presumably, the National Housing Finance and Investment Corporation (NHFIC) will accept a reasonable estimate, although the investment mandate does not make this clear. The alternative – giving a provisional guarantee that can be removed if the buyer ultimately fails the income test – would be an inconceivable mess as the lender would have lent the money on the presumption that a FHLDS would apply. The ramifications of voiding FHLDS guarantees is discussed further in the “restricting property use” section below.

Capital city and regional areas are bigger than you think

If you provide advice to clients in an area that bounds a capital city or regional centre, it is worth using the ABS’ interactive map to work out where the boundaries lie for the purposes of the value cap.

You may be surprised to learn that Sydney extends as far north as the top of the Central Coast – where it is very possible to find a 3 bedroom house for less than the value cap. Similar situations exist in all capital cities – Melbourne extends west beyond Melton where a four bedroom house can be bought for less than the cap, Brisbane to Caboolture with a similar situation and so on.

Just because the cap numbers may seem low for inner-city properties doesn’t mean they are inadequate in the outer suburbs, or even suburbs rarely considered to be in that city.

Vague principles for the NHFIC

Included in the investment mandate are principles given to the NHFIC to:

What these principles will mean for the operation of the scheme is unclear, however the Explanatory Statement accompanying the investment mandate indicates they will help the NHFIC control a number of factors, including redraws and the exploitation of the scheme by non-owner/occupiers.

One major question this raises is – how will the NHFIC create rules to enforce these principles? Will a guarantee be contingent on the borrower never moving out of the house, never using it in any way for a business purposes and never applying for a loan redraw? What will the punishment be if they do? To remove the guarantee could conceivably cause the lender to recall the loan and the owner to lose their house – hardly the aim of a scheme designed to encourage home ownership.

No savings for you

The principles requiring buyers apply the maximum amount of their savings as a deposit and pay the loan off as soon as possible also raise questions.

Mortgage offset accounts reduce loan repayments, however they are not directly applied to paying down the loan. Will successfully obtaining a FHLDS guarantee mean a mortgage offset account is out of the question as the balance is not required to be used to pay the loan down?

Further to this, will scheme participants be required to apply any unplanned lump sums or assets, such as bequests from an estate, to pay down the loan? An alternative would be to end any guarantee when a scheme participant’s total realisable assets exceeded a security value of 20 per cent of the property’s value at purchase. Either way, it is reasonable to ask how the NHFIC will police the assets of the scheme participants to enforce such rules.

Ultimately, these principles may prove more troublesome than they initially appear. Forcing participants to use their assets to pay down their loan would have tax consequences – not to mention the potential emotional toll of selling a bequeathed asset. It is not unreasonable to suggest that either the principles will need to be clarified or refined, of the NHFIC will need to apply them selectively rather than zealously.

The investment mandate may still be subject to change before the FHLDS is launched in 2020. That said, it is important to understand that the devil will be in the detail. If you plan to direct clients, or their children, towards this scheme, you need to have a good grasp of how it works, its benefits, its pitfalls and the regulatory licensing issues that arise. wealthdigital subscribers will benefit from further commentary on the FHLDS as it continues to take shape in the coming 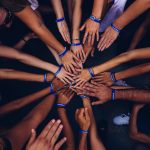