The financial advice landscape is about to change dramatically. For 15 years now, the industry has struggled with how to define itself as a profession in the eyes of the public. Much of the conversation has been around changing the education standards needed to qualify as a financial adviser. In February this year, Federal Parliament put some hard parameters around the qualification expectation and made them law.

ASIC released consultations papers in 2011 and 2013 on the professional framework and training of financial advisers respectively. These papers provoked conversation around the value of an industry-wide examination, the appropriate level of educational requirements for advisers and the costs of implementing changes.

The Financial Service Inquiry (FSI) of 2014, chaired by David Murray, called for advisers to be required to hold “a relevant degree”.

Less than two weeks after the FSI’s report was released, the Joint Committee on Corporations and Financial Services released another report which took the Murray Inquiry’s education recommendation even further. It felt advisers should hold qualifications “to a relevant AQF level seven degree”, and proposed that qualification requirements (among other areas) be overseen by the FPA-established Financial Planning Education Council (FPEC).

These reports and consultations culminated in the Professional Standards of Financial Advisers Bill that amends the Corporations Act. So, what does that mean for adviser qualification requirements?

Advisers must be Bachelor Degree-level qualified

Those who provide personal financial advice to retail clients (regardless of how this is structured) will have to hold a Bachelor Degree or higher, or an equivalent qualification. The Financial Adviser Standards and Ethics Authority (FASEA) will decide which qualifications are acceptable. More on FASEA later.

FASEA holds significant power when it comes to determining what is considered an “equivalent qualification”. So, what is FASEA?

The first board of FASEA was announced by Minister for Revenue and Financial Services Kelly O’Dwyer in April. The board members have a mix of backgrounds, including experience in financial planning, consumer affairs, law, ethics and education.

There has been a great deal of conjecture around what is considered the equivalent of a Bachelor Degree or higher.

Should designations, such as the FPA’s Certified Financial Planner (CFP) designation, be considered equivalent? It’s a vexed question. Many universities recognise the CFP’s subjects as being two levels above a Bachelor Degree (equal to a Masters Degree). The difficulty is that not all advisers who hold this designation achieved it by coursework.

Furthermore, the CFP involves four subjects, with additional assessment and observation requirements. A Bachelor Degree typically requires 24 subjects (although there are often mechanisms by which this can be reduced). A Masters Degree usually comprises 12 subjects. Even if it turns out that the CFP is not enough by itself, it may still provide advanced standing for a tertiary qualification.

The newly formed FASEA will start providing definitive answers in the coming months and years. One thing that can be said with certainty is that, if your highest financial planning qualification is an Advanced Diploma, Diploma or some Diploma subjects, you’ll need to do more before January 2024.

What’s the rush? I’ve got ages

That may seem like a long way away, but anyone affected will end up with a lot on their plate before then. Existing advisers will be required to pass an industry-wide exam by January 1, 2021. Studying to pass that exam will undoubtedly take up a large block of time in 2019 and 2020.

Some advisers may also need to undertake subjects in order to register with the Tax Practitioners Board (if they haven’t already done so). Structured wisely, those subjects may count towards a higher financial planning qualification, but that will require strategic planning.

The time required to commit to further education will depend largely on advisers’ exiting qualifications. Those whose highest qualification is below an Advanced Diploma will need to get cracking. Studying while working is not easy and it may take years of it to adequately upgrade qualifications. Like saving for retirement, the more work put in now, the less scrambling will need to happen as the deadline approaches.

As the saying goes, the best way to eat an elephant is one bite at a time. A Diploma leads to an Advanced Diploma. An Advanced Diploma can get you into a Bachelor Degree or approved graduate course. Devour the approved course and Jumbo will be all gone.

A Diploma would be a good place to start for anyone who doesn’t yet have one. Not only will it get them closer to attaining the necessary higher qualification, working through it will get them get back into the swing of studying before tackling higher courses.

Those who already hold a Diploma could consider an Advanced Diploma. An Advanced Diploma helps students improve their written analytical skills, which is great preparation for tackling a degree.

Which training institution to choose

In the wake of the Professional Standards of Financial Advisers Bill, many institutions have designed financial planning courses. Choosing the right course provider is an individual decision and will depend on several things, including quality of content, delivery, flexibility and reputation.

KnowITdigital recently entered this space, announcing a joint venture with industry-leader Monarch Institute. We believe Monarch shares our values of supporting financial planners during the transition to a profession and providing quality, authentic outcomes for our users.

Those enrolled in Monarch’s Diploma and Advanced Diploma will be able to make use of wealthdigital’s extensive library to apply the course theory to real world situations. 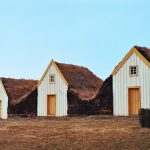 Many advisers not ready for the downsizer contribution 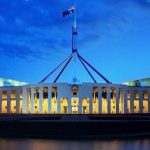