Productivity Commission’s “best in show” a threat to tailored advice

The key recommendations for advisers

The draft report makes 22 recommendations of varying relevance to financial advice. The recommendations that are centrally important relate to default funds and the creation of a “best in show” shortlist of superannuation products.

As it stands, an employer’s default superannuation product for new employees is one chosen by the employer either from the full list of those with MySuper accreditation, or from a shortlist outlined in an award or enterprise bargaining agreement. The range of options available to the employer depend on the employee’s employment arrangement.

One sound point made in the draft report is that, as a rule, employers have no specific expertise or training to prepare them to make the decision as to which super fund will best suit their employees as a default option. Admittedly the employee has ample opportunity to avoid the default option and make their own choice but, according to Choice, about 70% of new employees end up in the default fund. This number is even higher for those starting their first job. Thus, how the default fund is chosen is important.

The Productivity Commission’s draft report favours a model whereby default funds are not chosen by the employer, rather the employee chooses with assistance from an independent expert panel. What’s more, the default arrangement only applies when the employee first needs to choose a fund. When they then change employers, if they do not opt to use a different fund, their previous fund must be contributed to by the new employer.

The “best in show”

Under the Productivity Commission’s draft model, when an employee with no existing super fund commences their first super-supported employment arrangement, they will be directed to an ATO-controlled online form (available through mygov) where they will be able to choose a default fund. Their chosen fund can be any complying super fund but, for those who don’t have a specific fund in mind, a list of 10 “best in show” funds will be provided from which they can choose. If no choice is made, the employee is put into one of the 10 “best in show” funds on a rotating basis.

The Productivity Commission’s model recommends that the “best in show” list be chosen by a panel of independent experts on the following criteria:

The process of choosing the “best in show” funds would be repeated every four years. The panel itself would be reviewed and new appointments made over the same time frame.

Who is the “independent expert panel”?

The draft report is more specific about who is not on the panel rather than who is. The Productivity Commission does not believe the panel should sit within the Fair Work Commission, nor does it think APRA should be involved in the selection of panel members.

The report identifies the following as key characteristics of the panel:

Panel members would be recruited through public advertising, vetted by another panel (called a high-level selection panel) then chosen by the relevant Minister and approved by Cabinet.

Political neutrality, as identified by the report itself, would be important given the politically-charged arguments that have previously taken place around default super funds (particularly as they pertain to industrial awards). Claiming the panel could retain political neutrality while needing to be approved by the Minister and Cabinet seems somewhat quixotic.

Why this should matter to financial advisers

The obvious area of advice affected by this recommended model would be advice provided to employers to help them choose a default fund for their employees. With no employer-nominated default fund required, such advice would no longer be required.

Beyond this obvious impact, the greater issue for advice is buried deep in the Productivity Commission’s 571-page report. The key sentence is on page 369:

ASIC has informed the Commission that should a robust, independent best in show list be developed and implemented by government to ensure better outcomes for consumers, it would seek to take this into account in its guidance to financial advisers, particularly around the application of the best interests duty.

In a remarkably blasé addition, the same section of the report notes that ASIC would consider making it mandatory for advisers to consider the “best in show” list. In some press coverage, this potential advice requirement has been referred to as the “if not, why not” rule. That is, if you aren’t recommending a fund that is best in show, why not?

The if not, why not rule is not without its benefits.

Having a clear-cut, 10-fund list that forms the core of every adviser’s superannuation Approved Product List (APL) would create consistency in the advice provided to clients. It would also, hopefully, provide advisers with a more clearly defined safe harbour than is now the case.

The if not, why not also has some significant drawbacks.

From an advice perspective, the if not, why not rule will heavily disincentivise the provision of tailored advice. The Productivity Commission’s draft report makes it clear that advisers who can genuinely justify recommending a fund outside the “best in show” list based on their client’s circumstances will not fall foul of the rule. That said, when it is known that using a fund from the “best in show” list cannot be viewed to be outside the client’s best interests, why risk it? The risk of cookie cutter advice becoming prevalent is significant.

With a four-year period between reviews of the “best in show” list, the funds on the “best in show” list may no longer be the best in show. A lot can happen in a four year period and it may not be in an individual’s genuine best interests to be invested in the 9th best fund from three and a half years prior. It is less relevant to advice but, when a member defaults at the start of their career and never changes fund over their working life, they may find themselves in the 9th best fund from 40 years earlier.

Lastly, the “best in show” list runs the risk of reducing choice – possibly to a terminal level. The draft report, rightly, decries an oversupply of choice currently confronting superannuants. Unfortunately, the recommended model in the draft report may turn the dial too far the other way.

By limiting the possible default funds to 10 for a four-year period, those 10 funds are going to benefit massively from the economy of scale provided by the influx on new members. Conversely, those funds not on the list will stagnate and, in all likelihood, lose membership and cost effectiveness. It is not inconceivable that the growing, “best in show” funds will start to consume the disadvantaged funds that missed the list. The winners will really win and the losers are likely to atrophy and possibly disappear.

In such an environment, what incentive is there for a new participant to enter the market? Knowing it is unlikely to break into the “best in show” list early in a fund’s life, why would a product provider even attempt to enter the superannuation market? It would be an enormously loss-leading exercise attempting to survive off those individuals who voluntarily switch and those advisers brave enough to make off-list recommendation. Innovation in superannuation will suffer as a result.

The reduction in choice will leave advisers with a very short list of superannuation products which they can recommend.

The good news is that the Productivity Commission will be accepting submissions on the draft report until July 13. The large super funds and their peak bodies have already started to speak publicly about the draft report and it is important that advisers’ interests are also represented. It would be massively unfortunate if an attempt to benefit consumers resulted in advisers losing the incentive, or ability, to genuinely operate in their clients’ best interests when providing superannuation advice. 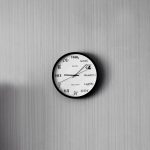 6 new opportunities not to be missed 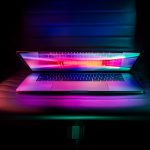 Why advisers should care about FASEA’s code of ethics