Royal Commission and Government not as close as they seem

On February 4, 2019, the final report of the Royal Commission into Misconduct in the Banking, Superannuation and Financial Services Industry was released to the public. While commissioner Hayne himself did not seem overjoyed by the chance for a photo opportunity with the Treasurer, the Government claimed broad agreement with the recommendations in the final report.

Since publication, the Opposition has released its response to the final report. Click here to read more.

Media commentary on the report has been extensive, with reactions ranging from disappointment that the recommendations didn’t go further, to a raft of organisations warmly welcoming the Royal Commission’s findings. With plenty to unpack from the final report, this month’s Industry Insights looks at the report’s major recommendations that will shape the advice industry as well as where the Government and Royal Commission don’t see eye to eye.

Grandfathering out the door

Bob Dylan sang that you don’t need a weatherman to know which way the wind blows. Likewise, you didn’t need a final report from the Royal Commission to know grandfathered commission arrangements were not long for this industry. What the Government’s response to the final report does provide now is the date of their execution – January 1, 2021.

Going hand in hand with this change is the recommendation that all ongoing fees be approved annually by clients. This means that pre-July 2013 arrangements, to which the current two-yearly opt-in requirements do not apply, will be captured.

This recommendation specifically notes that any ongoing payments made to an adviser from a product must be approved by the client at least annually. Another recommendation would prevent any adviser fees (barring intra-fund advice fees) from being paid out of MySuper accounts.

While they have agreed to implement these ongoing fee recommendations, the Government has set no date for their commencement.

The final report does not specifically exclude insurance from the requirement for clients to approve ongoing fees. Further clarification on how this change will interact with insurance commissions will come when the laws and regulations to implement the recommendation are drafted.

These changes will have a significant impact on many financial advisers and their practices. The transition to a purely fee-for-service model, including annual opt-ins, will need to be made rapidly and has the potential to dramatically impact the revenue and value of financial advice businesses.

The Royal Commission’s final report recommends that ASIC undertake its next review of conflicted remuneration “as expeditiously as possible” in 2021. What’s more, it recommends that, unless a compelling reason for retaining commissions be found, the cap on life insurance commissions should be incrementally reduced to zero.

In its response, the Government’s agrees to conduct this planned review rapidly. It does not, however, commit to reducing the commissions cap to zero as a default position. The Government’s response states that:

If the review does not identify significant improvement in the quality of advice, the Government stated it would move to mandate level commissions, as was recommended by the Financial System Inquiry.

It seems there is disagreement on whether insurance commissions should be abolished, or merely reduced.

It is important to acknowledge that these products are unquestionably different, and commissions could be expected to influence brokers and advisers differently.

Much has been made of the final report’s recommendation to retain the “twin peaks” method of regulation. Two issues that received less attention are that advisers are already overseen by a third regulator, the Tax Practitioners’ Board (TPB), and that the final report recommends the creation of a fourth body of oversight.

This fourth body would be a central disciplinary body, set up to impose punishments on advisers when they fail to fulfil their legal duties. The final report is not specific on exactly how the body would work but does suggest that it should absorb the disciplinary roles currently undertaken by ASIC, adviser associations and the yet-to-exist FASEA code-monitoring bodies.

This body’s purpose is not to be confused with that of the Australian Financial Complaints Authority (AFCA), who determine compensation payable to wronged clients. AFCA would continue to perform this role.

In essence, all advisers would be required to subscribe to this disciplinary body individually. The body would gather information on the transgressions of an adviser through a system of mandatory and voluntary disclosures from a range of parties. Australian Financial Services (AFS) licensees would have to report certain information compulsorily, while members of the public could reach out to the body on a voluntary basis. AFS licensees would still be obliged to monitor and discipline their advisers, this body would provide an additional layer of oversight.

By requiring individual subscription to the body, each adviser would be responsible for their actions without having to start the regulatory system from scratch by introducing individual licensing.

The Government’s response to this recommendation was not entirely forthcoming. While agreeing to create a new disciplinary system, the response noted that ASIC would retain its current powers.

The Government also agreed to a recommendation in the final report that the Australian Banking Association’s (ABA) reference checking and information sharing protocol be made compulsory for all AFS licensees. This protocol lays out what information must be provided by an adviser’s previous licensee to another licensee looking to employ that adviser. This will mean that any compliance issues the adviser had at a prior licensee will be disclosed to the potential new licensee.

Currently, the Corporations Act restricts which advisers and advice businesses can use the terms “independent”, “impartial” and “unbiased”. In a nutshell, the following advisers cannot use these terms, or terms that are similar:

These broad categories led SuperGuide to state that it could only find 125 advisers Australia-wide who were permitted to use these restricted terms.

The Royal Commission’s final report recommends that any adviser who cannot use these restricted terms be required to provide a statement to each client outlining why they are not considered independent, impartial or unbiased. The Government has agreed to create a rule that would require such advisers to make this statement to any retail client in writing.

The advice industry has not been short on reviews and reports in recent years. The Royal Commission’s report includes some recommendations that support those previously identified by other bodies.

The concept of a compensation scheme of last resort has been examined and re-examined since the St. John report rejected the need for one in 2012.   This time, the Government has agreed to establish a forward-looking, industry-funded scheme. The scheme will be run through AFCA and will compensate consumers and small businesses who won a compensation ruling through a court, tribunal or AFCA but cannot be paid for various reasons.

The ungainly way in which employees are issued a default super fund, then collect funds over their working life, was highlighted in the Productivity Commission’s report on efficiency and competition in the super industry. The Royal Commission’s recommendation to ensure a default super fund travels with the employee from employer to employer echoes the sentiments of this previous report. The Government expressed support for this recommendation in its response.

Mortgage brokers, financial advisers but not both

The Royal Commission’s final report contains a number of recommendations that are designed to bring mortgage brokers under the same regulatory umbrella as financial advisers. The Government’s response, while agreeing to implement some of the changes, does not support this ultimate goal.

The Government’s response agrees to implement a best interests duty for mortgage brokers, as well as to review how brokers are remunerated. It does not, however, directly address this rather more pointed recommendation from the Royal Commission:

After a sufficient period of transition, mortgage brokers should be subject to and regulated by the law that applies to entities providing financial product advice to retail clients.

In this case, it seems no response is a tacit rejection of the recommendation. While a financial adviser could still become a mortgage broker, the Government appears to prefer they be subject to separate regulatory regimes.

The Royal Commission’s final report is just the latest wave of recommendations on how the finance industry in Australia should be structured. Like the previous reports and inquiries, it proposes significant changes to the status quo. In an election year, it is hard to know which of these recommendations will become law but there is significant impetus on both sides of politics to effect change. 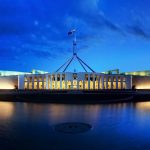 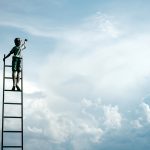