What comes after the 2019 election?

The 2019 federal election sees the fates of both financial planners, and their clients, in the many hands of the Australian electors. How strongly the next government implements the recommendations of the Banking Royal Commission will depend upon that government’s make-up. However, it is not just planners whose financial futures hinge on the election result.

The degree to which superannuation’s concessionally taxed environment will be available for self-funded retirees will be vastly different under Coalition or Australian Labor Party (ALP)-led governments. Likewise, tax minimisation mechanisms that are currently commonly used will no longer be available should the government change. wealthdigital subscribers can read about each individual policy in detail in May’s Technical Journal.

This month’s Industry Insights goes beyond the policies and considers the themes that will likely drive a Coalition or an ALP-led government’s decision making. We also look at what these themes will mean to planners and their clients.

Superannuation has long been a political battleground in Australia. When the superannuation guarantee was introduced by the Keating government in 1992, Liberal MP, Allan Rocher, described the bill as:

A tax on jobs, going back to the future as only the Australian Labor Party can. When the proposed superannuation guarantee levy is run through Access Economics’ Murphy model it shows that the levy will increase the number of unemployed by between 45,000 and 70,000, depending on which assumptions are used.

Australia’s superannuation system has seen more than its fair share of change since then. Broadly speaking, there are party-based trends that can be observed from the mass of changes. The Coalition’s amendments have tended to focus on expanding the availability superannuation’s tax concessions. This is evidenced by the Coalition-led introduction of multiple increases in the maximum age of contribution, introduction of SMSFs, reductions in work tests, introduction of TTR pensions , increases in contribution caps, and the most significant suite of changes, the Simpler Super reforms.

By contrast, the ALP has tended to reduce discretionary contribution caps, increase overall tax – albeit with varying focus on contributions, earnings and withdrawals – and focus on increasing the rate of compulsory contributions. Superannuation tax concessions introduced by the ALP have tended to target lower income earners rather than all superannuants.

The policies both parties are taking in the 2019 election reflect these trends. The Coalition aims to reduce work-test requirements and increase the maximum age for spouse contributions. By contrast, the ALP’s policies are focused on increasing SG rates and availability and rolling back amendments that introduced catch-up concessional contributions and made personal deductible contributions widely available.

The ALP’s policies would leave less options for self-funded retirees than those of the Coalition. That said, lower paid workers would benefit more from the ALP’s policies – although a sharper increase in the rate of SG may see less money directly in their pockets and more saved for retirement.

Unusually, taxation is a major point of difference between the parties. From the Coalition’s larger suite of future tax cuts, to the ALP’s policies targeting those with investable assets, Australian voters are having two very distinct taxation ideologies presented to them.

The Coalition’s personal income tax policy continues a theme of reducing tax rates and flattening the progressive tax system as the budget enters surplus. The ALP’s policies support, and even enhance, the tax cuts targeted at lower income earning individuals. The ALP does, however, oppose the relaxing of higher tax brackets and rates.

The ALP’s signature tax policies in this election focus on removing tax minimisation strategies for those with investible assets. The removal of imputation credit refunds, the reduction in the CGT discount and the application of a minimum tax rate to discretionary trust distributions will only impact those with the requisite income and investments to have shares, CGT assets and income-splitting trusts. Which of these changes would have the largest impact is debatable. They would all, however, significantly impact the traditional tax-minimisation strategies of accountants and financial planners.

Both parties seem to favour providing tax breaks for small to medium businesses. It is the ALP that is applying this philosophy more aggressively though, proposing an additional tax break for all businesses that purchase an asset worth over $20,000.

The differences between the ALP and the Coalition’s responses to the Banking Royal Commission have been somewhat lost amongst the coverage of their respective tax and superannuation policies. These differences should be in the forefront of all advisers’ minds, however, as they stand to influence the viability of financial planning businesses.

One major difference between the parties is that the ALP has committed to banning grandfathered commissions a year earlier than the Coalition (January 1, 2020 as opposed to January 1, 2021). Given the short timeframe, a year makes a significant difference both in terms of transitioning businesses, and in the value that will be attributed to grandfathered commissions when a book of clients is sold.

Similarly, the parties differ in their responses to the Royal Commission’s call to consider banning commissions on life insurance entirely. The ALP’s response indicated they would openly consider implementing such a ban whereas the Coalition indicated they would not go further than restricting commissions to a level arrangement. For planners reliant on such income, the difference in approaches could have a significant impact on the viability of their businesses within three years.

In its final report, the Banking Royal Commission recommended that the ‘safe harbour’ provisions in the Best Interests’ duty be reviewed and potentially removed. The Coalition’s response to this recommendation was non-committal, with no statement that removing the safe harbour steps would be considered. The ALP stated that they would consider making such an alteration. This difference in response is significant as it is the safe harbour steps that currently provide the clearest path for planners to follow when aiming to meet their Best Interests Duty. The removal of those steps has the potential to greatly increase the processes planners need to undertake to ensure their advice is in the best interests of the client.

The ALP’s response also demonstrated a greater desire to bring mortgage brokers under the same regulatory umbrella as financial planners. Such an alignment would present planners with the opportunity to provide crossover services. Such services would likely target clients in younger age demographics than is currently common.

The next federal parliament will implement changes that significantly impact planners and their clients. The unknown factor is the role that small parties and independents will play in shaping, passing or rejecting the policies of the victorious party. A minority government is not beyond the realms of possibility, and that the Senate will be controlled by crossbenchers seems probable.

This uncertainty is why the philosophy driving the major parties’ policies is of such importance. In presenting policies that promote the interests of those on lower incomes at the expense of the more wealthy, the ALP has shown what values it will take into parliamentary negotiations. By contrast, the Coalition’s policies in these areas seem to follow the status quo and will require less negotiation to implement.

Either way, planners and their clients should be aware of the potential reforms, and the political convictions driving those reforms, that will impact their financial wellbeing. 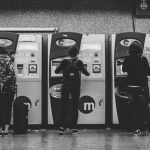 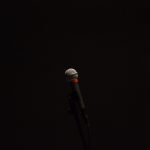