What will the Royal Commission mean for the licensee?

Last week, Kenneth Hayne handed down the interim report from the Royal Commission into Misconduct in the Banking, Superannuation and Financial Services industry. By design, the interim report does not provide concrete recommendations, rather it summarises the events covered in the hearings and poses an array of questions, some of which are very pointed indeed. It is these questions that give the clearest indication of what recommendations may follow in the final report.

This month’s Industry Insights looks at the interim report and considers the potential ramifications of the questions posed within.

Grandfathered commissions on the nose

“If the premise for the conflicted remuneration provisions is accepted (and no-one suggested that it should not be) how can the grandfathering provisions be justified today?”

The Royal Commission’s interim report is unequivocal in its condemnation of grandfathering of commissions on superannuation and investment products. It goes to great lengths to argue against any defence of these arrangements, including:

The focus of this section of the interim report is mainly on the large financial institutions and their approaches to dealing with grandfathered remuneration. The overriding theme is that, with multiple large institutions already publicly stating they will no longer allow grandfathered commissions to be charged to clients, any argument against abolishing such arrangements has been debunked.

“…what evidence is there that shows that the costs of doing away with payment by commission will outweigh the benefits of improving the overall quality of advice that is given?”

It is clear that the final report will, in all likelihood, include recommendations to abolish grandfathering of conflicted remuneration arrangements as they relate to superannuation and investment products. It could be argued that such change was always likely to take place, it was just a question of when. The timeframe remains the main point of uncertainty.

The Financial Planning Association of Australia (FPA) submitted that grandfathered arrangements be phased out over a period of 3 years. The tone of the interim report suggests this may be longer than is appropriate in the eyes of the Royal Commission.

A more nuanced issue is that of commissions on life insurance products. As is stated in the interim report:

“Put shortly, if crudely, sales staff can be rewarded by commission; advisers should not be.”

Solutions may involve the re-division of those who provide financial advice, and those who sell life insurance products. Whether such a split would leave Australian consumers better off is a question that may only be answered by practical application of such rules.

The industry has failed on FoFA

During the Royal Commission’s hearings the focus on the charging of fees for no advice, particularly in ongoing arrangements, was evident. The interim report has identified multiple reasons as to why such issues were so prevalent, but they all boil down to one root cause – the industry, as a whole, did a poor job of adapting to FoFA.

Up until FoFA was incepted, the majority of advice was paid for using upfront and trailing commissions. The service provided by advisers in return for trailing commissions was often unclear and/or non-existent. FoFA required advisers and licensees to create clear, articulated arrangements where set services were provided for ongoing fees agreed to by the client.

The ramifications of this perceived failure on the part of both advisers and licensees gives rise to a greater issue raised in the Royal Commission’s interim report.

As noted earlier, the basic premise for the FoFA reforms was that there are conflicts of interests between clients on the one hand and advisers and licensees on the other. The legislative solution adopted was not to eliminate the conflicts but regulate them. Has this solution been successful? Is it the right solution?

ASIC’s regulatory guide on managing conflicts of interest identifies three ways in which this can be done:

2. avoiding conflicts of interest; and

Power to the individual

Should advisers be individually licensed? As noted earlier, the present regulatory structure permits holders of a financial services licence to authorise a person to provide a specified financial service or services on behalf of the licensee. The licensee must notify ASIC of the authorisation. As between the licensee and the client, the licensee is responsible for the conduct of an authorised representative, and that responsibility extends to loss or damage suffered by the client.

What is gained by having this structure? Would there be advantage in providing for the licensing of authorised representatives, thus bringing them under the direct supervision of ASIC?

The interim report raises questions around licensees’ willingness or ability to police their authorised representatives. The problems identified throughout the Royal Commission’s hearings, including fees for no advice and inappropriate advice, were not prevented by the licensee structure. What’s more, where licensees issue their own products, their authorised representatives may face pressure to provide advice favouring those products to the client’s potential detriment.

The interim report raises further issues around how ASIC can properly police advisers when the licensee is interposed. Would an individually-licensed industry structure allow ASIC to better prevent and punish poor advice?

Proof of the pudding is in the eating

Individual licensing is used across a range of professions and is far from uncommon. It would also eliminate a range of conflicts of interest from the industry. That said, it would render nonsensical large portions of the existing regulatory regime. What’s more, regulatory controls that are yet to commence, such as the professional year, would also need to be rethought.

In short, a move to individual licensing would be the largest regulatory reform financial planning has seen. It would require changes to almost every element of regulatory control, from training to dispute resolution, from professional indemnity insurance to auditing of advice. The elimination of licensees would necessitate a dramatic increase in the size, power and operations of ASIC, the creation of a large external compliance industry, or an increased role for professional associations in policing advice. Given the Royal Commission’s overtly stated concerns around both ASIC and the professional associations, it seems a tricky path forward.

The final report from the Royal Commission has the potential to be the catalyst for the largest shift in financial planning in Australia. If you have answers to the questions posed in the interim report, the time to present them is now to ensure your voice is heard. 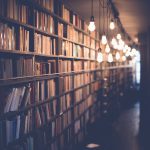 Where will the gentrification of financial advice leave most Australians?