The summer holidays bring out the best in Australians. Each year, supporters give generously to the McGrath Foundation at Sydney’s Pink New Year’s test, while over $12b was donated by Australians in the most recent year tracked by Philanthropy Australia. With devastating bushfires raging around Australia, this holiday period has seen countless stories of generosity emerging, from people giving their time, effort and support, to significant acts of financial generosity.

At such a time of need, and given the wide range of ways in which people can donate, it is important to consider the role financial advisers play in ensuring the effect of clients’ philanthropy is in line with their aims. In most cases, the donor wants to see the maximum amount of their gift make it to their desired charity. Navigating how this can be achieved is tricky, and donors can benefit greatly from regular help from a trusted adviser.

One of the most effective ways to maximise the amount of a gift that gets to a charity is to ensure it is tax deductible. Asking questions around tax deductibility can seem crude, or even inappropriate, particularly at a time of crisis, however it can make a huge difference to the amount an individual can give.

Bert wishes to give $100 from his after-tax income to charity. Bert earns the average full-time salary in Australia and pays tax at 34.5 per cent (including Medicare levy).

If Bert gives directly to a charity that is a Deductible Gift Recipient (DGR), he can give his pre-tax equivalent of his post-tax $100, as the tax deduction will make up the difference. So Bert could give:

If Bert gives in a way that does not entitle him to a tax deduction, he can only give $100, over a third less than with the deduction.

In short, getting a tax deduction makes a huge difference to the amount of money that can get to the intended recipient for the same effective sacrifice by the donor.

While it might make the donor feel uncomfortable to ask questions about the deductibility of the gift, they can explain that, if it is deductible, they can afford to give a lot more. The only organisations likely to take offence at such are question are those that can’t offer tax deductions. If they aren’t tax deductible, perhaps the donation can be made more efficiently through a different forum.

The Australian Business Register provides a list of all DGRs. This list can prove invaluable when helping a donor determine if their gift is tax deductible.

The rise of online fundraisers has muddied the waters greatly when it comes determining the tax deductibility of gifts. As noted by the ATO, many of these fundraisers are paid directly to individuals, not DGRs, and hence do not entitle the donor to a tax deduction. What’s more, many of these services charge fees to the organisation or individual raising the money, reducing the amount of the donation that gets to the intended recipient. These fees can be significant and are commonly around to 2.5 to 3.5 per cent mark, although may be waived for DGRs.

That said, many online donation services to have the ability to allow deductible donations to DGRs. These donations may qualify for tax deductions. For example, gofundme has a “Certified Charity” badge which tells the donor that their donation is going to a DGR that has deductible status. Likewise, donations made through Facebook’s PayPal Giving Fund Australia are also deductible.

Particularly at times of crisis, celebrities will look to use their public profile to raise money for a chosen charity. Shane Warne has famously offered up his cherished baggy green to the highest bidder, with the proceeds going to the Australian Red Cross Disaster Relief and Recovery Fund.

Some celebrities, however, set up this act of communal kindness more effectively than others. To demonstrate, we’ll look at another pair of fundraisers established in response to the bushfire crisis.

At the time of writing, comedian Celeste Barber has raised over $40 million through a Facebook fundraiser. This staggering amount will go to the Trustee for NSW Rural Fire Service & Brigades. The campaign was set up using Facebook’s PayPal Giving Australia Fund and donors are entitled to a tax deduction for their gift, allowing them to give more generously. The platform’s fees are also waived.

Essendon Football Club captain, Dyson Heppell, has also sought to use his profile to raise funds for bushfire-related charities, the Gippsland Emergency Relief Fund and Wildlife Victoria. He plans to shave his famous dreadlocks and, at the time of writing, over $75,000 has been raised.

Dyson Heppell, however, is using a non-charity endorsed gofundme campaign which does not entitle the donors to a tax deduction. Gofundme also charges 2.9 per cent plus 30c on each donation. As a result, if a donor in the 34.5 per cent tax bracket (including Medicare levy) had $100 in after-tax money to donate, using Celeste Barber’s fundraiser would enable over $150 to get to the end charity, whereas donating through Dyson Heppell’s page would see the figure drop to a bit below $97.

It should be noted that, if Dyson Heppell himself receives the funds and makes the donations to his chosen DGRs, he may well gift the equivalent of the tax deduction he receives along with the donations from others, grossing up the total donation significantly. Donors can’t know that will be the case though. Also, unlike the rigid rules PayPal enforce on Celeste Barber’s fundraiser (they must go to the charity within 90 days), donors can’t know for certain what happens to the proceeds of a non-charity certified gofundme campaign.

In both cases above, the intent of the fundraiser is unquestionably noble. In all likelihood they have both secured money for good causes that might not otherwise have been donated.

That said, before Australian donors contribute through an indirect fundraising page or bidding process, it is worth considering whether their hard-earned wouldn’t be more effectively spent by donating directly to their chosen cause (and grossing up the amount for the tax deduction they receive).

Donating directly to a DGR, rather than through an online fundraiser site, will ensure tax deductions are received by the donor, allowing them to maximise their donation. Even if the gift recipient is not a charity qualified as a DGR, donors should consider transferring their gift directly. This can avoid a portion of the gift being lost to fees charged by the fundraising site.

This latter issue is particularly relevant when donating to fundraisers started by individuals, which are often to assist with medical treatment or other similar hardships. Donors can send the money direct and make sure the recipient gets all of it, rather than an amount reduced by a fee.

Bucket collections are also a common fundraising mechanism. What is not commonly known is that such donations are tax deductible if made to an approved organisation for victims of a natural disaster. If the donation is under $10, no receipt is necessary to claim the deduction. As such, donors are well advised to make a note of how much they dropped in the giant koala’s bucket and think about upping it a couple of dollars at the taxman’s expense.

Unfortunately, the best of human nature is always open to exploitation by fraudsters, and charitable giving is no exception. The ACCC’s scamwatch site notes over $350,000 was reported as lost to fake charities in 2019, and that is just the amounts that were reported.

Fake charities use all manner of ways to separate generous donors from their money including direct approaches, doorknocks, phone calls and emails. The best way for a donor to protect themselves from scammers is to not donate on impulse, and to research the charity before they give.

Give generously but act with consideration

Ultimately, generosity is one of the truly wonderful character traits of Australians. To ensure this generosity provides the maximum assistance to the end recipient, however, donors need guidance. Financial advisers should consider regular conversations with clients to ensure their chosen charities get the maximum benefit from their gifts. 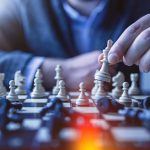