Getting to know the indexed contribution caps from July 1, 2021

Both the concessional and non-concessional contribution caps will be indexed from July 1, 2021, the first time since the revised amounts were introduced in July 2017. This means that some clients will be able to contribute more to superannuation on both a pre and post-tax basis from next financial year. Furthermore, for clients considering making non-concessional contributions (NCCs) during the current financial year, careful consideration will be required.

Each client’s circumstances are different, with their individual limits being determined by their total superannuation balance (TSB) and contributions they have previously made, so it’s really important to know the rules to get things right.

Before considering the contribution caps, advisers should determine if a client can contribute to superannuation in the first instance.

Anyone under age 67 can contribute. However, aside from downsizer contributions and mandated employer contributions (e.g. Superannuation Guarantee), a client who wishes to contribute on or after their 67th birthday must meet either the 40/30 work test or recent retiree work test exemption.

Once a client reaches age 75, voluntary contributions (e.g. personal and salary sacrifice contributions) cannot be accepted by the fund outside of 28 days following the end of the month in which the client turns 75. This is the case even if the client continues to work.

Once it has been determined that the client can contribute to super, the next consideration is what level of concessional and non-concessional contributions they can make.

There’s still uncertainty about the extension of the NCC bring-forward rule which allows clients to bring forward up to three years of NCCs.

In the same budget, the government proposed to increase the age from which the work test (or work test exemption) was required from age 65 to age 67.

Regulations to permit contributions without satisfying a work test for those aged at least 65 but under 67 came into effect on July 1, 2020. However, legislation is required to enable people in this cohort to make use of the three year bring-forward rule.  The necessary change was introduced to parliament in May 2020 however the Senate has yet to deal with this proposed legislation.

With a start date of July 1, 2020, this is leaving many older clients uncertain as to how much and when to contribute NCCs. It is currently unclear when this legislation will be debated in the Senate. Alternatively, the changes may be clarified or amended in the Federal Budget due to be handed down on 11 May.

The concessional cap is finally increasing

Therefore, to apply any catch-up concessional contributions in 2021/22, the client’s TSB on June 30, 2021 must be less than $500,000. This threshold won’t be indexed. Furthermore, only the actual unused concessional cap amounts accrued since July 1, 2018 can be applied – that is, those amounts will not benefit from the July 1, 2021 indexation.

The non-concessional cap is increasing too

The importance of total superannuation balance

A client’s TSB on the preceding June 30 determines:

For 2020/21, the applicable thresholds are as follows:

*Assumes client is not in a bring-forward period from a previous financial year.

*Assumes client is not still in a bring-forward period from a previous financial year.

The increase in these TSB thresholds could lead to some client’s now being able to contribute in 2021/22 when they couldn’t in the current financial year.

Maximising NCCs over the shortest period

To contribute the maximum amount of NCCs over the shortest period, clients could consider making a $100,000 NCC this financial year, followed by a $330,000 NCC next financial year. By doing this, they have been able to make NCCs of $430,000 over a short period.

Alternatively, he could make a $100,000 NCC in the current financial year and make a further NCC with the remaining $330,000 after 1 July using the bring-forward rules. By doing this, he has contributed the full amount over a short period and benefited from the 1 July indexation.

Look before you leap

Knowledge of the client’s previous concessional and non-concessional contributions and their TSB is paramount when providing correct advice.

Whilst some of the relevant details can be sourced from their superannuation fund(s), clients should consult their MyGov account for accurate information.

MyGov contains an abundance of key superannuation information for the client, including:

When using MyGov, it’s important to be aware that if there have been recent transactions, some information may not have been reported to the ATO.

Time to revisit the cap rules

Next financial year will be the first that advisers have to deal with the indexation of contribution caps. It may provide opportunities for some clients to contribute more to superannuation. However, the rules are complex, and each client may have different amounts available to them. It’s therefore a good time to revisit the contribution cap rules in preparation for 1 July. 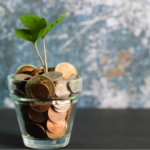 A super boost for low and middle income earners

Double TPB CPE not as clear cut as it seems