The Prime Minister announced the HomeBuilder program as supporting “140,000 direct jobs and 1,000,000 related jobs in the residential construction sector” when the program was unveiled in early June. Scepticism has dominated the media’s response to the program, with many declaring it to be either out of reach of ordinary Australians, or not enough to make a difference.

Despite this negative response, the HomeBuilder grant can be used in conjunction with a number of other incentive programs. The result can be over 10 per cent of the cost of building a new home being paid on behalf of many Australians.

This month’s Industry Insights examines whether the HomeBuilder criticism is warranted, and seeks out the sections of the population best placed to maximise the scheme.

The HomeBuilder program will be available to those who enter a building contract between June 4 and December 31, 2020. All grants through the program will total $25,000.

To access HomeBuilder, owner-occupiers must meet the following eligibility criteria. They must:

Most doubts around the program’s efficacy centre on two issues; the narrow qualification criteria, and the small size of the grant when compared to the required spend.

The reality is that the scheme is unlikely to be heavily utilised in the more central, or wealthier, areas of Australia’s major cities. Those with more than $150,000 to put into a renovation are less likely to meet the income requirement or property value cap, or, for that matter, be swayed by a $25,000 incentive.

By contrast, for those looking to build homes in the expansion areas of Australia’s cities, or in regional areas, the HomeBuilder grant may be enough to help them get started.

The cost of building varies significantly depending on location, and costs have a tendency to blow out, but with a modest 3 bedroom, two-storey build the base price can be as little as $200,000. Additional costs such as site costs, floors, concreting and the like often add up to an additional $100,000.

When the HomeBuilder grant is combined with other federal and state-based incentives there are serious discounts to be had. The benefit is magnified for those building their first home.

Programs that may be available in conjunction with a HomeBuilder grant include:

All Australian states and territories offer grants to those building their first home. The size of, and conditions on, the grants vary between jurisdictions. The most generous are in regional Victoria and Tasmania where $20,000 is available. Value caps usually apply (although not in the Northern Territory or Tasmania) and those in South Australia are subject to a cap lower than the HomeBuilder cap ($575,000).

States are starting to roll out specific building grants to kick-start their economies. Western Australia has announced a $20,000 building bonus and those building a new home on vacant land are eligible.

The First Home Super Saver scheme requires forward planning to gain a tax advantage – however the opportunity exists to make it work in a short time period. If executed around the end of financial year, the impact on the client’s cash flow can also be reduced.

Beryl is on the 34.5 per cent marginal tax rate and makes the FHSS maximum $15,000 personal deductible contribution to super prior to the end of financial year using savings held to build her first home. In doing so, she loses $2,250 in contributions tax but her annual personal tax bill is reduced by $5,175.

Ignoring earnings, Beryl then withdraws the remaining $12,750 from super in the new financial year to build her first home under the FHSS rules. She would pay net tax on the withdrawal (when the 30 per cent offset is applied) of $573.75.

By using the FHSS scheme, Beryl has saved $2,351.25 in tax. If Beryl has a partner earning a similar maount, they could execute the same strategy and double the tax saving.

The First Home Loan Deposit Scheme does not provide a direct dollar-for-dollar benefit, but can help first home builders who need assistance pulling together a deposit to secure a loan. The scheme provides a deposit guarantee of up to 15 per cent of the property’s value, ensuring the borrowers have a 20 per cent deposit.

Pulling it all together

So, how much benefit can a first home builder gain by pooling all these programs?

Steve and Cheryl are married school-teachers in Bendigo. They have been renting for the past six years and are ready to build their first home in their town. They have saved $60,000 as a deposit.

Cheryl and Steve’s incomes ensure they qualify for the HomeBuilder grant of $25,000. As they are building in regional Victoria and it is the first home for both of them, they are also eligible for the First Home Owners Grant of $20,000. The stamp duty exemption for first home owners saves almost $4,000 more.

Cheryl and Steve are both in the 34.5 per cent tax bracket and both maximise one year’s worth of FHSS scheme. Between them, this nets an additional tax saving of almost $5,000. Unfortunately, Cheryl and Steve do not qualify for the FHLDS as the value of the finished property will exceed the price cap for their area.

Between these programs, Cheryl and Steve will have $50,000 of their $450,000 budget paid for them – over 11 per cent of the total project cost. Furthermore, they pay no stamp duty on the purchase of their land.

Ultimately, not all stimulus programs are aimed at the greater population. There is, however, a significant number of Australians who can use the grant program to get onto the property ladder on their own terms.

For those providing advice in expansion and regional areas, a HomeBuilder grant, combined with other government incentives, may be enough of a boost to get clients’ home-building plans off the ground. For such clients, being able to move sooner rather than later may help them negate uncertainties in the property market, interest rates and lending availability. 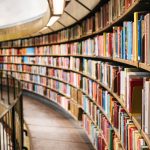 Don’t get tripped up by FASEA’s CPD extension 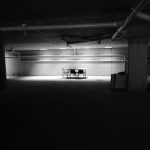 5 new areas planners must consider in a COVID-19 environment