The Budget stands to change super as we know it

The 2020/21 Federal Budget was packed with personal tax cuts, business tax incentives and infrastructure funding. Lost amongst these big-ticket items were three proposals that stand to dramatically shape superannuation, and advice on superannuation, going forward.

In brief, the three proposals were:

These three proposals all have their roots in the Productivity Commission’s 2018 final report on efficiency and competition in the superannuation industry. That said, they do not implement the commission’s recommendations in full.

This month’s Industry Insights examines the evolution of these proposals, and considers what they would mean for the superannuation marketplace, and advice on superannuation, should they become law.

The Productivity Commission’s recommendations included “stapling” super funds to employees as they changed employers, however they went much further. The commission gave detailed recommendations on how a default fund be allocated to an employee who doesn’t have existing fund – and the process did not include any employer choice.

The Productivity Commission recommended that all employees without an existing super account be defaulted into one of a ten funds from a “best in show” list. This “best in show” list was to be created by an independent panel of experts. Employees in need of a fund would be randomly allocated one of the ten “best in show” funds.

Those with default superannuation are often apathetic about their default super. As the Productivity Commission identified:

Members who default are typically disengaged and exert no competitive pressure — there is limited or no competition in the market.

This disengagement is made obvious by the fact, identified by the ATO, that more than a third of the population still has multiple super funds.

This disengagement is likely to result in default superannuation as a product becoming “stickier” under the Budget proposal. As an employee moves from employer to employer, the path of least resistance will be to let their super fund follow them automatically, rather than examine whether it is still appropriate for them. The standards applied to MySuper funds will protect such employees from ending up in a fund with features and costs lagging the market to some degree. That said, it will still be important for advisers to actively review clients’ super fund when providing advice.

The absence of a “best in show” list from the Budget proposals seems positive for overall competition in the default super market. If the shortlist model was adopted, it is hard to see how new market entrants would be able to build up the economies of scale necessary to make the list. Furthermore, dropping off the list would be terminal for many funds as the loss of inflows is likely to be exacerbated by an exodus of existing members.

There are a number of unknowns regarding the “stapling” process recommended in the Budget. First and foremost, it isn’t clear how the identification of a valid fund stapled to a new employee will fit in the existing “choice of fund” process. Depending on how it is legislated, it could streamline the onboarding of new employees for employers, or it could make the process more onerous with additional steps and stakeholders.

It is also unclear as to how the stapling process will interact with the performance benchmarking (also proposed in the Budget) and MySuper accreditation. If a fund fails the benchmarking, does an employee’s “staple” then break if they move employers before the fund returns their performance to an acceptable level? If a fund loses MySuper accreditation, does this affect the member’s “staple”?

By July 1, 2021, a new online tool, YourSuper, is proposed to be created that will allow clients to compare the fees and performance of MySuper products. The tool will link clients to websites where they can apply for new MySuper accounts and will also prompt them to consolidate their super if they have multiple funds.

The Productivity Commission’s original recommendations went much further than having a centralised tool to compare the fees and investment returns of MySuper funds.

The Productivity Commission recommended that all super products, that is all MySuper and choice investment options, be required to issue one-page “dashboards” that contained all relevant data consumers would need to make an informed choice. The commission also recommended that the dashboards be available via the MoneySmart website and also via the ATO’s super consolidation tool.

Furthermore, the Productivity Commission recommended that funds not just be encouraged to minimise fees, but be compelled:

Because super funds are legally obliged to act in members’ best interests, the fees they charge should not exceed cost recovery levels.

This proposal is unusual as there is already a MySuper funds list on the MoneySmart website that can sort all the listed MySuper funds by performance and fees. It also links to each fund’s dashboard. It seems YourSuper is looking to be provide a closer link between the ATO’s lost super service and MoneySmart’s funds list.

Nonetheless, both the MySuper funds list and YourSuper increase the risk of clients changing products without considering all relevant factors, including insurance coverage and investment choice. A broader range of comparison metrics than just fees and performance would better equip consumers to make informed decisions.

Advisers and clients will need to communicate closely to ensure they are on the same page when it comes to the choice of a superannuation fund.

Limiting the scope of YourSuper to MySuper funds also reduces its efficacy. The super marketplace is much larger than MySuper funds and it could inadvertently shut the door on a range of options that are available to fund members through a lack of information about non-MySuper options.

It also seems the government’s proposal aims to pressure funds to reduce fees by comparing them publicly, rather than by regulations mandating that they be on a cost recovery basis. It remains to be seen how effective this approach will be.

One of the Productivity Commission’s greatest concerns when it came to comparing the performance and cost of super funds was the inconsistent methods used by funds to calculate these figures.

Analysing fees is bedevilled by significant gaps and inconsistencies in how funds report data on fees and costs, despite regulator endeavour to fix this. This lack of transparency harms members by making fee comparability difficult at best and renders cost-based competition largely elusive.

ASIC has updated Regulatory Guide 97 to increase consistency in fee reporting, however adherence to these standards is an issue that needs to be addressed. The amendments to RG 97 don’t apply to PDSes until September 2022 – after the proposed commencement of YourSuper. It isn’t clear in the Budget proposal how the government proposes to ensure consistent information is provided to consumers from the outset of YourSuper.

By July 1, 2021, all investment returns in MySuper funds would be benchmarked by APRA. Funds that are deemed to be underperforming will need to inform their members of this outcome. Funds that are considered to have underperformed for two consecutive years will be closed to new members until their performance improves.

This benchmarking was proposed to be extended to other super products (presumably choice funds), by July 1, 2022.

The Productivity Commission issued a series of recommendations aimed at ensuring the consistent performance of those superannuation funds and investment options that are available.

The commission’s final report recommended that each default and choice super fund investment option stay within a narrow band of investment returns centred on a set of market indices. If the investment option fell below the benchmark by 0.5 percentage points a year, no new members could choose that option and a 12-month period of remediation would be allowed. If inadequate improvement in performance was shown after that 12 months, the option or fund will be required to close and roll existing members into another fund or option.

The benchmarks against which an investment option would be tested were to be chosen by the fund from a weighted list of market indices that reflect the fund’s investment split. As such, the indices used for a benchmark would be flexible.

Fund members will be pleased that underperformance of their super fund will be brought to their attention quickly. The potential negative effects of being identified as underperforming will incentivise publicly-offered super funds (MySuper funds initially, and other funds subsequently) to avoid investment choices that could see them underperform the benchmark.

The flipside of this conservatism is that few, if any, publicly-offered super funds are likely to attempt to significantly outperform the benchmark. This could leave self managed super funds (SMSFs) as the only recommendation available to advisers where their client wishes to pursue a more aggressive investment strategy within super.

While detailed statistics are hard to find, the almost $3bn super industry would represent a significant proportion of fund managers’ business. Overlay this with the different profit margins fund managers make on actively invested and index funds, and it is hard to see fund managers taking such an attack on their bottom line without some response. The exact shape of this benchmarking may yet change as fund managers take their case to Canberra.

The most important details that are as yet unknown about this proposal are the benchmarks against which investment options are to be tested. The indices, the ability to mix and match indices for varied investment strategies, and the ability for funds to choose their benchmarks, will all impact how this proposal changes the behaviour of super funds.

It is also unknown which “other” super products are proposed to come under this regime by July 2022. Choice funds seem the most obvious candidates. There has been some conjecture that it could be extended to SMSFs. This seems unlikely as they are regulated by the ATO rather than APRA, aren’t publicly offered super products, and the proposed punishments for underperformance would have little effect.

The three Budget proposals add up to the implementation of genuine reform to superannuation. Unlike previous super overhauls, the focus isn’t on the tax incentives provided by super, but on how people are connected to their super fund and how much information is publicly available.

Advisers and their clients will need to appreciate that understanding their recommended or chosen super product will require more than the fees and returns listed on YourSuper. The proposals could also mean that SMSFs assume a prominent, and possibly exclusive, role as the super fund of choice for those looking to outperform the market.

Staying informed as these changes are refined and then legislated will be essential to ensure future recommendations are appropriate, and potential pitfalls are avoided. 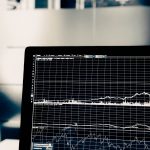