In September 2019, the Treasurer, Josh Frydenberg, commissioned a review into Australia’s retirement income system. The report from that review panel was delivered to the Treasurer in July 2020, and has just been made public by Treasury.

The terms of reference for the review were mostly concerned with describing Australia’s retirement system – there wasn’t scope for the panel to make direct recommendations. As such, the result is almost 650 pages describing the system with some pointed observations as to the current policy settings weaved throughout.

In this Industry Insights, we look at how we arrived at this Retirement Income Review and what the review’s findings will mean for the financial services industry.

How we got here

This Retirement Income Review follows in the wake of a spate of other reports, reviews and consultations.

In 2016, Treasury consulted on a framework for Comprehensive Income Products for Retirement (CIPRs), or MyRetirement products. Such products were outlined to be something of a hybrid – part market-exposed income stream with variable payments amounts, part guaranteed lifetime income stream.

Following the Treasury consultation, the Government made an announcement in the 2018/19 federal Budget that they would enshrine in the Superannuation Industry (Supervision) legislation and regulations a retirement income covenant. Such a covenant would be in a similar vein to those that require trustees to formulate investment and insurance strategies. This announcement was followed by a Treasury position paper on the retirement income covenant in May of 2018.

In a case of taking two steps forward then one step back, the Productivity Commission’s 2019 report on efficiency and competition in the superannuation industry recommended the Government rethink the need for a retirement income covenant. The Productivity Commission feared such a covenant would steer consumers into inappropriate products. This lead to the latest Retirement Income Review.

SG and the Age Pension

All of this to-ing and fro-ing took place against a backdrop of pending increases to the Superannuation Guarantee rate. The increase to the rate itself has been a moving target, with Ken Henry’s original Retirement Income Report recommending no movement in the SG rate, before the then Treasurer, Wayne Swan, legislated for it to happen regardless. The scheduled increases have since been repeatedly delayed.

What the Retirement Income Review found

The lengthy report was distilled to four pages of Key Observations. These observations can broadly be seen as the answers to four questions:

Through the prism of these four questions, we can break down the Retirement Income Reviews findings.

Is the retirement income covenant necessary?

The report states that Australians under-purchase retirement income products that pay income for their entire lifetime:

Few people in Australia purchase longevity products in retirement. To help address this, the Government has proposed the Retirement Income Covenant. The covenant would ensure funds have a strategy to provide high and stable retirement incomes for retirees, improving the market for longevity products

The review panel believes Australian retirees are ill-informed on how retirement income should be structured. They also expressed concern that Australians have too great of an expectation that their retirement fund’s investment returns will pay for their retirement, rather than the saved capital itself. Super funds are seen as are well placed to correct these misconceived views on retirement income.

It seems quite likely that retirement income covenant legislation will now be introduced to parliament with this review cited as an endorsement of such a covenant.

Is the Age Pension sufficient?

The Retirement Income Review’s report finds that the current Age Pension settings are sufficient with a few areas for improvement.

The report also benchmarks the Age Pensions increases since 2010 against the Australian Bureau of Statistics’ three pension cost of living indices – the Pensioner and Beneficiary Living Cost Index, the self-funded retiree living cost index and the age pensioner living cost index. The Age Pension’s 32 per cent increase has been well in excess of the 20-21 per cent increases in those three indices.

The review panel also looks at Australia’s Age Pension in a global context. The Age Pension as a percentage of average earnings is in the top quarter of such calculations across OECD countries. It also sits above one selected poverty line calculation.

Finally, the review panel states that ASFA’s modest lifestyle benchmark is, by design, above the level of the Age Pension, and thus is an inappropriate yardstick.

The final report does acknowledge that the Age Pension does not provide an adequate baseline for all Australians – specifically citing those with rental income costs and those who are involuntarily forced to retire early.

It seems unlikely the Age Pension will be amended in response to this review however it does shed light on the need to beef up Rent Assistance and the JobSeeker Payment.

Is the current rate of SG appropriate?

The review panel found that the current SG rate (9.5%) is sufficient to provide those on lower to middle incomes with retirement income at the benchmark income replacement rate. Those on higher incomes fall just under this benchmark, but still have enough income to live a comfortable lifestyle.

The review panel also found that increasing the SG rate to 12 per cent would increase cost of living pressures on low income earners before retirement. It found that this early pressure would not be worth the increase in retirement incomes.

That said, the report includes acknowledgement of retirement savings gap between men and women, however it states that a blanket increase in SG would increase this gap rather than address it.

The review panel also found that increasing SG (and the associated tax savings) would be a less efficient use of government funds than ensuring minimum retirement living standards are maintained using the Age Pension.

That said, the review panel expressed concerns over those excluded from the SG system, particularly very low income earners, those considered contractors who are not and those in the “gig economy”.

This findings of the review can be expected to be the government’s principal argument for scrapping scheduled SG increases. Whether this finds support on the Senate’s cross-bench may hinge on what other amendments the government puts forward to support women and those excluded by the SG system.

Not many tax experts do, and neither does this Retirement Income Review report.

In a nutshell, the review panel sees the tax savings enjoyed by those with very large superannuation accounts as being unnecessary to achieve the goals of the retirement income system.

The review panel notes that the tax savings enjoyed by investments that back superannuation accounts will grow faster than the economy itself as the system reaches maturity. As such, the current tax settings for super will not be sustainable.

It is known that Treasury is not fond of the hole superannuation tax incentives put in the federal government’s tax revenues. It is also likely that future changes to the taxation of super will be necessary to make the system equitable and sustainable. The exact shape of these amendments is hard to predict.

The rub – don’t change too much

In a relatively rare outcome for such a review, the overall impression one gets after reading the final report is that the current system works pretty well. The current rates of Age Pension and SG are working, and the path the government was on to introduce a retirement income covenant was the correct one.

That said, the report does advocate for some change. Inefficient tax incentives in super, incomplete SG coverage and pre-retirement social security all are described as falling short of what is needed.

Which of the less central elements of the report the government will choose to emphasise in the coming years is always hard to guess, but the core tenants are clear – don’t increase SG, don’t tinker too much with the Age Pension, get the retirement income covenant in place and don’t give the wealthy such large tax breaks through super. 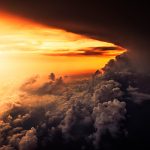 The eye of the reform storm 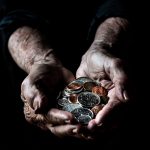 The Budget stands to change super as we know it